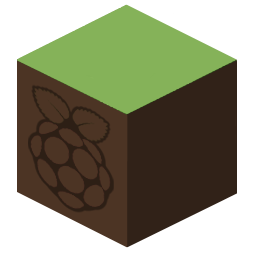 CraftBian is a software package for Raspberry Pi 2 or newer. The included Linux distribution is known as Minibian. CraftBian is specifically designed to make it super easy for people who don’t like to set up a Minecraft server on Linux. The way it works is that once the Raspberry Pi is connected to the network, you can access it via your web browser and do all the administration from there. No Terminal connection is required at all! The web interface lets you control your Minecraft Servers, Operators, Users, Server Backups, Server Properties etc.

Why would you want this? For me it is because that i can let the Raspberry Pi run without having to think about how much power it uses as it is next to none. Instead of having a big PC Server running that requires a lot of power, and is noisy this is a much more elegant solution. Have some kids that want to play with each other? Here’s your cheapest solution! You can even let your kids have access to the web interface, but only let them do what you decide. 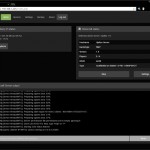 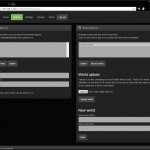 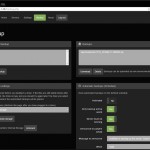 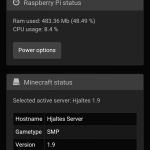 Home screen on a smartphone

You might be thinking how can a Raspberry Pi be running a Minecraft Server and the game still be playable? This is due to the heavy optimization that the Linux distribution that CraftBian runs on, and the also optimized version of Java it has installed, which is specifically build for the architecture that Raspberry Pi uses. This is also apparent when you first log on to the web interface and notice that the whole system doesn’t use anymore than around 100 Mb’s of ram when first booted up, leaving you with a good amount for the Minecraft Server it self. Not only that, but since I’ve developed the web interface on a Raspberry Pi I’ve had the optimization and minimalism in mind from the start, which is also why i do not use any database as this would consume unnecessary resources.

The Raspberry Pi does of course have its limits.

Even though this has in my, and my beta testers testing been a surprisingly good experience, the Raspberry Pi does have limits. Lags will occur, but not to the extend that it is not playable, not at all. I’ve been playing this with up to 5 people with a good experience, but anything more than that, and you will begin to experience problems. The primary users i had in mind for this is family’s who want their kids to be able to play Minecraft with each other, but do not want to set up an expensive PC that runs it and uses a lot of power.

I’ve let testers try this out for months, and I’ve listened to their suggestions and added those in. Go ahead and get it, and let me hear out what you think, and if you have any problems, might it be about the usage, bugs or anything else!