Even though i haven’t posted anything in this category for over two years, it is not a dead project. I just do not work on it that often. But once in a while i open it up and do stuff. A few screenshots below of the latest work i’ve made a few weeks back. The FM will be released when its done!

Here’s some screenshots from a work in progress FM im making for System Shock 2. I would also like to ask for help on this matter as im fairly new on the ShockEd level editor, which you can probably tell from the screenshots. Im searching for people doing voice acting, leveldesign, plot writing, and people with knowlegde of the dromed/shocked editor, including people with knowledge of scripting in it. 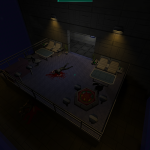 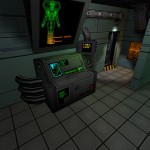 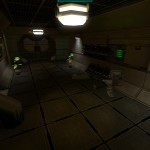 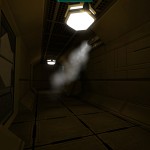 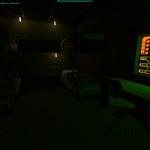 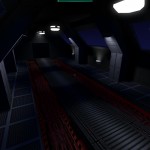 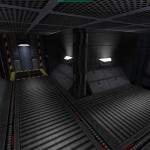 I have been doing level design / mapping for a few games on and off for around ten years of my life now. I began mapping back when Counter-Strike 1.6 was the shit. I did a few maps for that which are now for the most part gone. I have a few on my local harddrive though, but nothing worth sharing. The most recent map i’ve made, that is available on the interwebz is my GunGame paintball map for Counter-Strike Source. Based on a forrest setting i think it turned out okay, at the time. Link to it here.

Basicly since that map i havent really touched mapping. I have recently gotten into it again, but this time i have a larger goal in mind. My favorite game of all time deserves a sequel i think and that game is System Shock 2 – A Cyberpunk survival horror FPS / RPG hybrid. I cannot count how many times i have played this game. Seriously, that game and its predecessor has set the standards for so many FPS games today. If you are into survival horror, and like FPS, this game is worth a shot. Because of the RPG elements it makes it a rather advanced game in the FPS genre. The BioShock series, which are considered its spiritual successor, is not even close to how advanced this game is in its RPG elements. Modding for this game also still has a very active community behind it

I began mapping for System Shock 2 using ShockEd (Dromed) serveral years ago with a mate. We had big plans for this game, but never really got the time for it. Now im going to give it another try alone (unless someone is interested in helping ofcourse!)

I will use this new category to post updates for this project. More to come later