It has now been around two years since CraftBian seized development, and i have therefore been thinking about what the best approuch would be to for the system to become End-of-Life.

I will therefore shortly release an update, which aims to completely remove all references to my webservices, and make CraftBian more selfsustained. Heres what is going to happen:

The update is available right now, and will be available for the rest of 2020, where after the webservices will be shutdown permanently

If you by 2021 happen to have not managed to update CraftBian through the web interface, and therefore experience a slow and unresponsive interface, due to the webservices being shut down at that point, you can manually update it by downloading the update here. To do a manual update in CraftBian go to the About tab -> Click the Update button -> Switch to Manual -> Select the downloaded file -> Click update

Thanks for anyone who have supported this project! It was a fun time and I learned alot.

I’ve been working on some templates for this site on pages that contains downloads which is now live. I have done this to streamline all my downlaods to “work in the same way”.

The new design is simply a box to the right in pages that hosts an application/mod/tool. In the box, you will find the points of interest when talking about software downloads, like download link, link to documentation, newest version number and so fourth.

Bought a new domain a few days ago, which I’ve been wanting for some time now, so i hope ill get it used.

I also have a new plan for the website. All my weekdays goes with programming, and therefore this site will probably mostly be used to stuff related to that part of my life.

In the next days i will upload some stuff i am working on, and also update the site with the things i want it to be able to do (forum etc.).

Oh and why i chose this wierd ass domain name? While it has nothing to do with the actual content of this site, it  simply comes from a phrase me and my friends have been saying to each other when theres something we do not want to waste energy on. “Cannot be arsed” is what it is short of (more explanation here). And with those new top level domains i just had to get this one.. Cannot be arsed today. Just wait for my new email address: daniel@cba.today oh yeah.. 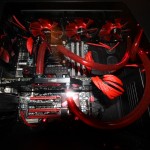 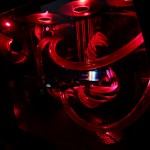 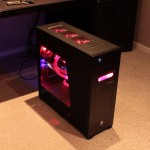