Raspberry Pi 3 B+ added to setup!

Posted by da9l on 24/08/2018
Posted in: CraftBian General Information, Minecraft. Leave a Comment

I’ve been thinking about what to do, and I might actually create a new image based on Raspbian. The reason for this is because it is the official OS, so support is high. Secondly this OS is compatible with all Raspberry Pi’s so i can make a single image, and everyone can use it. And lastly, i can get the newest version of CraftBian unto the image so people wont have to update it when they first get it! 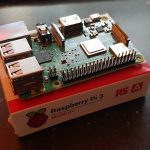 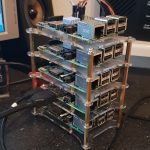 On the right picture you can see the units i currently have i test with. From the top:

Thats all for now!