Some words on CraftBian 2’s versioning

When CraftBian 2 is going into its closed beta testing, i have thought about how i want versions to be “named” or categorized until the final public release.

There will be three “milestones” before the actual public release and they will be named as follows: (arrow representing what I’m currently working on)

CraftBian 2 ALPHA
The goal of this version is to get basic functionality working. As of this writing, this is the version that CraftBian 2 is currently in. It includes the following:

CraftBian 2 BETA
After the ALPHA version is in place, bug fixes is needed AND the rest of the relevant functionality from CraftBian v1.x will be moved over

CraftBian 2 DELTA
This will add (some of?) the new planned features for CraftBian 2 and fix the bugs in them

Force server shutdown if it hangs
Optimize dependancy of remote server
Log submission from Client to me, for easier bugfixing
Web based File browser
First time wizard
Guiding the user to set up different settings

CraftBian v2.0 (Public Release version)
First public release version, hopefully with bugs fixed and new features added. This version will be freely available to everyone who has already purchased CraftBian!

ONLY fix bugs since DELTA version

As you can see, I’ve added some checkboxes and checkmarks, so that you can follow the progress of the upcoming version, which will be updated along the development. Bugs are supposed to be added in BitBucket, but for now I’m going to use this, until i get further into the development!

And as a last thing, heres a screenshot of the current build. Its begging to take shape! 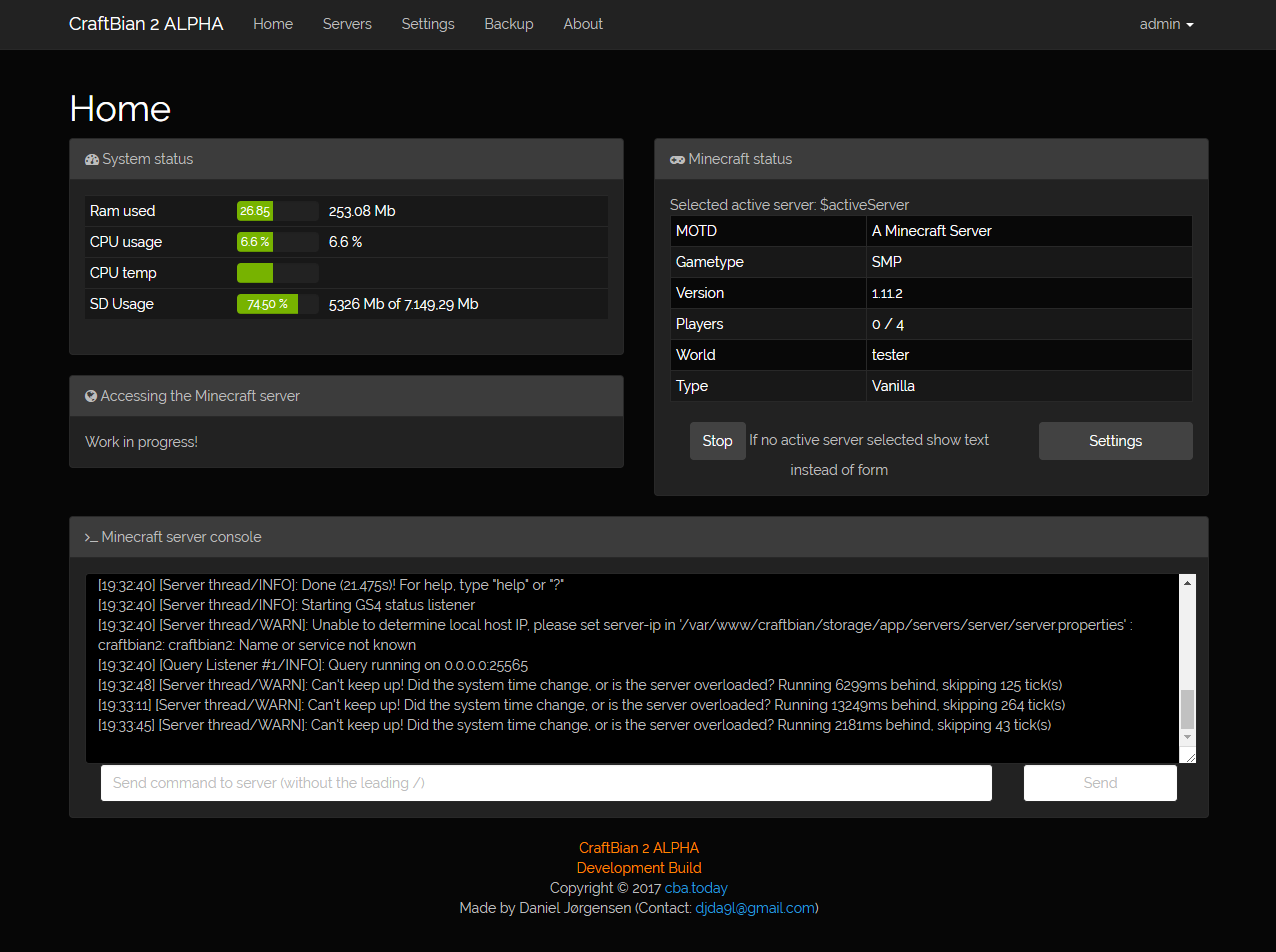 That’s it for now. This list might be updated with new/missing stuff along the way. If you want to help out with the development of CraftBian by testing it out, just write me and I’ll let you know more as soon as its available.