To finish things up here..

I ended up with a complete custom LC system in the Cubitek Mini Cube with 2x 120mm rads cooling both the cpu and the graphics card. Temperatures are fine. Not the best, but certainly cooler than a prebuild 120 mm liquid cooled solution.

Other than that the specs for the system was pretty much what i had written before, but with a GeForce GTX 780 as my graphics card. Yes that card actually just fitted inside the case! 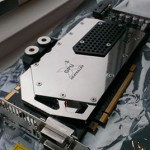 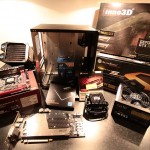 .. So how was i going to fit all this into that tiny case i asked my self again?!

Since i had two 120 mm coolers but the case only had room for one, i had to make room for the other. I had measured the space before the order, and had figured out that i could cram in one of the 120mm just above the graphics card 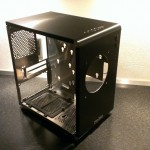 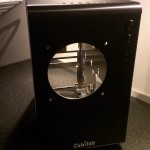 I then got my self one the smallest water coolers i know of, which could just fit in there. And then began the assembly process 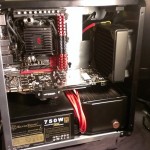 First fit all the parts into the case. Looks like its going to work! 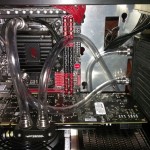 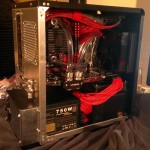 and then for the rest of the cabling. Notice the powersupply

Notice the last picture at the power supply. Yeah i simply could not fit in all the cables for the power supply when the monsta lc cooler also had to be there, so i had to make some mounting brackets, but this works just fine! 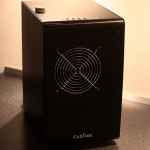 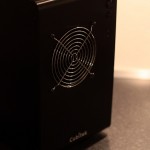 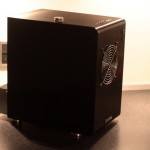 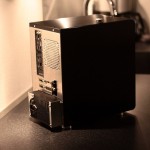 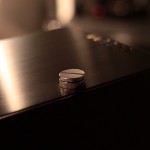 And so this machine was build.. Here are some internals, only ones i got at the moment, but more will follow later 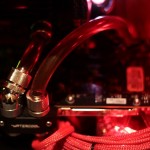 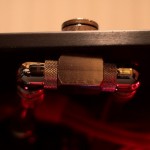